Edit 02-12-2013 – According to prodesigntools.com, based on something the Adobe CEO said during an interview back in October 2012, they are still developing the deblur tool, and will most likely be featuring it ONLY in the cloud subscription-based versions of the software. Bad news if you are a perpetual license owner! Looks like those of us who forked over the cash to purchase CS6 retail are going to get the shaft on this one.

I just got my hands on the new Photoshop CS6 Beta and was disappointed to find that the feature I was most looking forward to was not there! It was a feature that allowed you to deblur photos that had motion blur due to camera movement during exposure. Last October a video was released showing a demonstration at Adobe MAX 2011 where they showed the feature in action, and it was quite impressive. 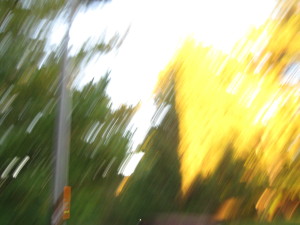 My burning desire is to find out what this picture is.

In the video, a blurred image is shown. The demonstrator then loads the deblurring plugin and clicks the analyze button. He explains that this checks the image and determines how it was blurred using a computer-intensive algorithm. This produces what he calls a “blur kernel” which is basically a greyscale image that shows the motion trajectory of the blur. He then clicks “restore” and it applies this blur kernel to the image and it is completely transformed. Where once there was a worthless image, there is now a crystal-clear shot.

Needless to say, myself and others were quite excited about this feature. So many ruined shots could magically be repaired! Alas, it is not available in the Photoshop CS6 Beta that was released today. They did mention at the time of the video that the anti-blur feature was still in it’s early stages, so maybe they just don’t have it perfected yet. I hope to see it when CS6 is officially released! Ideally it would come with it installed, but even if it was a downloadable plug-in that would be fine.

That being said, I am liking what I am seeing with all the other new stuff in the beta. I highly recommend checking it out, you can get the free download here.