Take a look at your Facebook news feed. Scroll down and see how many posts were made by 3rd party apps. Look for the little black bird in a yellow square of TweetDeck, the little blue bird of Twitter, or the green… thing of Spotify next to posts. Don’t see many? Of course you don’t. Because people don’t want to use external apps anymore. 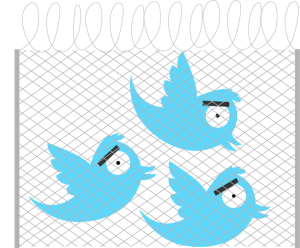 Why? Is it because Facebook puts out such great alternatives to these apps that people just pick Facebook? No. It’s because Facebook treats external applications as a nuisance to its users that should probably be shielded from view as much as possible. The inevitable has happened, and now users don’t even bother with most apps even though they could make their experience much better.

Let’s use the normal Twitter app as an example. It sounds like a great idea, you post something on Twitter, it shows up right on your Facebook page or timeline. And if you posted just one thing at most per day, it would work out fine. The little Twitter bird would show up next to it indicating its origin, but otherwise people would see the whole message. But let’s say you posted twice… Three times… Maybe many more times in a day on Twitter. Facebook, not wanting to flood users with “unwanted” material, groups them all together and hides all but one. Sure, you can click a button to reveal the hidden posts, but who is going to do that?

The posts are effectively hidden from anyone ever seeing them in what I like  to refer to as the “Twitter Internment Camp.”  The posts are all wrangled up and hidden from view. With most apps, posts from separate users appear to actually get put into one pile as well, making popular apps worthless. And people seem to have noticed. They rarely use these apps anymore.

Facebook was once hailed for its effective applications and support for them. It appears that time is gone. All that is happening is people are now more and more committed to other social networks. They are slowly alienating users in a misguided attempt to increase loyalty… or something. I’m not really sure what the motives behind it were, but it’s definitely the wrong move.