If you’re like me, you loved using Facebook Ambient mode for your Chromecast backgrounds. But you probably noticed that it stopped working and, upon further inspection, found that the option is no longer available. 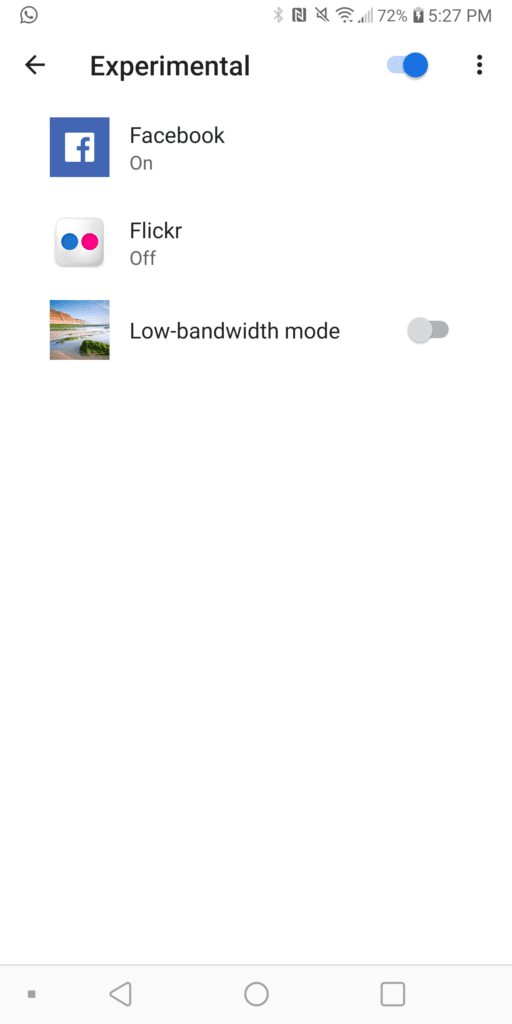 I’m a bit of a photographer, and over the years I’ve amassed lots of photos of my various trips, which I share almost exclusively to Facebook.

It was so easy to simply go in the Google Home app, select “Experimental” options for ambient mode, choose Facebook, and then select all of my desired albums after logging in.

But after returning from a trip last week, I discovered that the option was missing! Both of the Experimental options, Facebook and Flickr, were inexplicably gone.

I did a quick Google search for, “Where did Facebook Ambient Mode for Chromecast go?” and, ironically, the first result was not only irrelevant, but also… You can’t make this up, folks: a post from my own website: 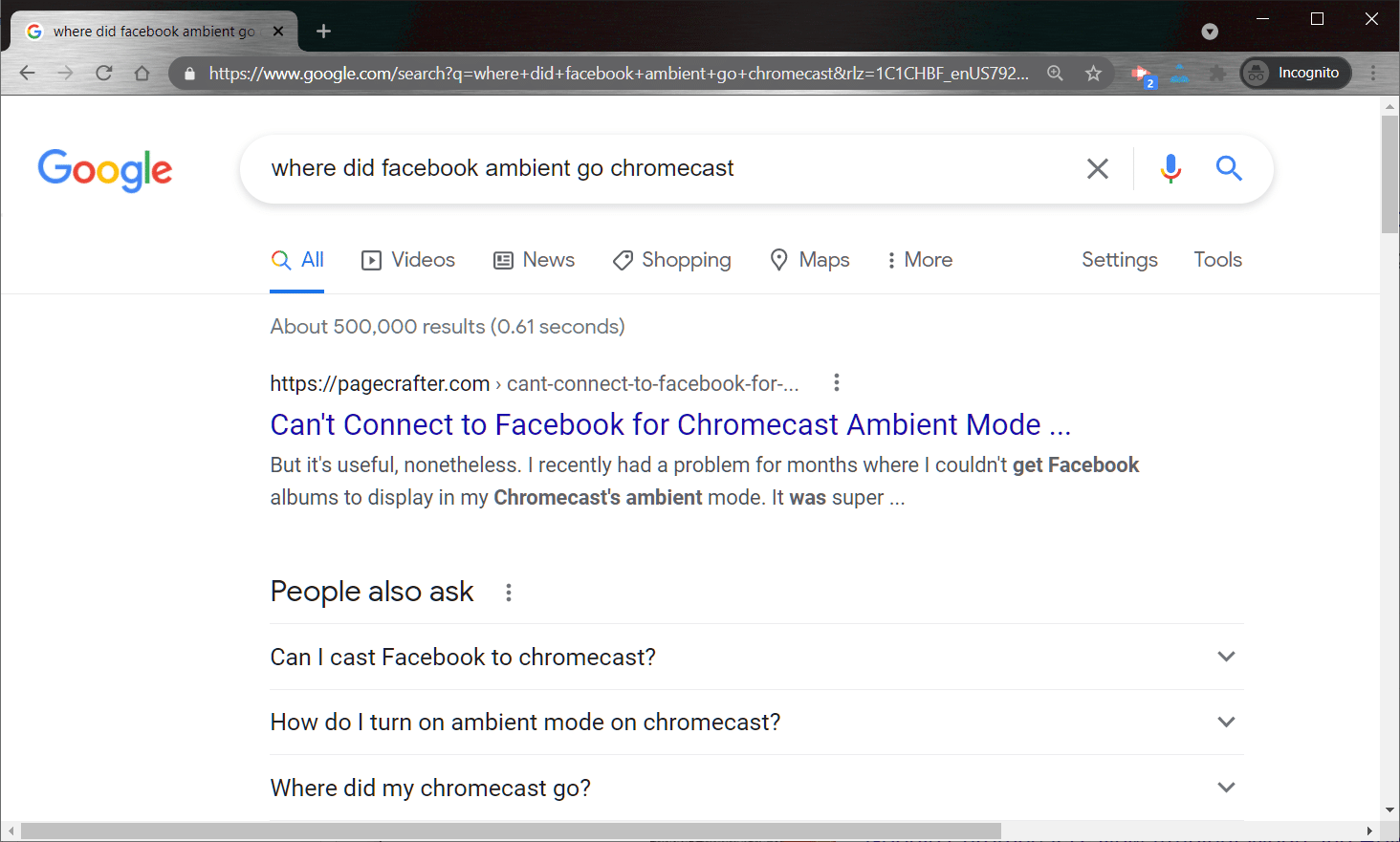 You can’t make this up

Luckily, after some further digging and liberal use of the “tools” options in Google, I came across the real answer.

Often these forums are completely useless, with thousands of people mirroring the same problem with nobody providing an actual answer.

Fortunately, this time was different!

A community manager named Grace Y. who is apparently qualified to speak on the matter made this statement:

We typically make numerous changes to the Google Home app within each update, as part of the 2.34 rollout we removed an experimental SDK associated with an ambient photo experience that included Facebook and other third-party photo apps.

So there you have it. They decided to remove these experimental features without any official announcement.

But such is life when it comes to services you don’t actually pay for.

What other options do I have to select my own photos to display in Chromecast ambient mode?

Update: I figured out a way to do it! Click here for my tutorial on customize ambient mode on your Chromecast with your own custom photos.

If you know of anything, please let us know in the comments!